A few comments about HRes 109, the Green New Deal 1

The Western Caucus’ response to the Resolution 2  sounds just like the folk who pushed to end the “war on coal” and enable dumping of spoil in waterways.3

After a parade of horribles (declarations by the paid Congressional shills owned by the energy extraction industries), the caucus makes the bald faced claims that

The Green New Deal would:

Whoa!!!!! As one can easily see, there is no evidence tat the Resolution would do ANY of this. I am waiting to see documentation by the Western Caucus evidencing, well, anything.

I strongly suggest that EVERYONE actually read HRes 109 and if you are seeking to convince others how horrific it is, I would argue that the onus is on you to provide a sectional analysis (that’s what rational folk do). I for one would like to know what is problematic with pledging

(D) to secure for all people of the United States for generations to come—
(i) clean air and water;
(ii) climate and community resiliency;
(iii) healthy food;
(iv) access to nature; and
(v) a sustainable environment;

Sounds very much like what the US Constitution requires of our federal government. The preamble states

We the people of the United States, in order to form a more perfect union, establish justice, insure domestic tranquility, provide for the common defense, promote the general welfare, and secure the blessings of liberty to ourselves and our posterity, do ordain and establish this Constitution for the United States of America.

If you want to frighten yourself, go see a Manoj Nelliyattu “M. Night” Shyamalan movie. In the meantime, unplug from Fox News, try to be critical when you read or hear rants from people trying to suck your life blood and render your community a toxic desert, and do try to behave in a manner that suggests that you are a rational person entitled to enfranchisement.

The modern approach to property is to see property as a “bundle of sticks”, abandoning the 17th Century notions (the ones that today are touted as the basis for libertarianism) as largely foolishness. This jurisprudential analysis bore fruit in the discussion by Hohfeld of jural correlatives over a century ago.1 2 Philosophically, this echos the development of the social sciences, and the recognition that Homo sapiens is closer to termites3 than one might expect. In other words, we are tribal and symbiotic, and may very well be largely a function of what our group and our gut mandate.

Practically speaking, we are intersections of complex matrices (a high tech verbalization of “bundle of sticks”). There is no such thing as ownership; there is only these complex relationships. To say that Locke’s idea that we own ourselves is not to say that someone else owns us, but to say the very notion of ownership is something only a child might entertain.

Even with this realization, as Justice Johnson notes 4, the forces that drive our jurisprudence still try to focus on only one side of the balance, as it were, and the judicial appointments of culture warriors hearten such ideological forays. As Johnson puts it, “Professor Hohfeld brought legal jurisprudence a long way by giving courts the analytical tools to understand property as a set of interdependent relations that involved both rights and obligations. That work evolved into the bundle of rights, but there has been much more emphasis on the rights, and less on the obligations. Any new theory of property rights has to emphasize broader obligations, as well as rights, if we are to confront the fairness question.”

When we hear people like Mia Love preach possessive Narcissism, when we see mobs rallying to “I built it”, we are seeing the ignorant response to the demagogues call to shed the mantle of responsibilities that all members of any society wear. Indeed, in one of many inconsistent moments Locke actually makes it clear that while individuals should have the right to elect membership in a polity, once the election has been made, the individual is caught and held fast by the tyranny of the majority (and taxes are not theft).

In sum, we are perhaps better defined by our obligations than by our “rights”. As potlatch societies recognize, status is maintained by what is given, not by what is taken. One’s position in any society is dependent on the myriad relations one manages with all the other persons and things one lives among. Hubris, at its core, is the belief that the individual is wholly responsible for their own destiny, and has been the subject of scorn for millennia. It is our great challenge that we face its resurgence today.

In a Facebook discussion  1  stemming from Andy Hollman’s posting of Jacob Bera’s recent piece for the AASB 2 questions of the value of one of AkDEED’s experiments in teacher assessment were raised, and as it seemed to me that the discussion was turning away in part from a focus on what Jacob had to say, I thought I would start a thread focused on that alone.

AkDEED, face with continuing concerns with regard to evidence-based certification and assessment of teachers, decided to look at whether a consensus could be produced regarding appropriate praxis. AkDEED enlisted the assistance of hundreds of Master Teachers who then watched hours of videos of teachers teaching, rating performances on multiple scales. These volunteers then reviewed and discussed what they saw, why they rated the video the way they did, and how any differences might be resolved.

Now, the use of videos as a tool for teacher evaluation is widely accepted (it is in fact a major element of National Certification3 ). However, as anyone familiar with the topic will note, the teacher is free to submit any video the teacher wishes, and may redo the video over and over, and even school their students in performing for the video. So one can see that using video is at best fraught and dubious (yet it is one fundamental to one of Jacob’s arguments, but that is for another discussion …)

What I wish to address here, and what I tried to point out there, are some of the premises underlying any evaluation. There are two matters that are particularly of concern: 1) the manner in which any evaluation rubric is established, and 2) the manner in which evaluators (NBPTS uses the terms “assessors”) are qualified. To put that into rather simple language, can we agree on what good teaching is, and can we identify individuals who can sniff that out?

AKDEED adopted an Aristotelian, rather than a Platonic model. In other words, AkDEED thought they would crowdsource from those who would likely really understand the subtleties of educational praxis. We can arguably contrast that with NBPTS, which self-selected persons to set up a system to find those like themselves. I won’t argue the pros or cons of either methodology here; my focus here is on whether one can expect to obtain a consensus from experts on what those experts are supposed to be doing.

In a sense, AKDEED developed a practical exercise in what can be described as a modified Delphi method, running various prompts repeatedly through a group of experts to see if consensus about what good teaching is could be obtained.  Note that this part of the process has little or nothing to do with how the videos were prepared.  The focus is on whether what is being viewed is evidence of good teaching. In fact, such videos are used as part of educational instructional across the country.

The results were problematic. There was little agreement on what good teaching was, and some rather heated arguments about what wasn’t. In as much as the responses to videos were arguably more dependent on a teacher’s philosophy than on the evidence that of course made it just as difficult to grapple with the second horn; it was going to be virtually impossible to get any cadre of evaluators to agree on most anything.

Many teachers will assume that they and their colleagues are all extremely competent, but absent broad opportunities for peer review, those views seem more a collection of prejudices than evidence-based conclusions. I have to consider how teachers are “prepared”, and I see little that argues that first year teachers hired from UAA are by virtue of their degree, competent to teach. Whatever your thoughts about the management of ASD, it would appear that ASD has essentially agreed with me for some time. No, I am not saying that all UAA teachers are useless twits; I am saying that we have little evidence to show that they are competent independent professionals.

I have been inordinately lucky in some respects. I have had many teachers observe my teaching and have been able to observe many teachers across numerous subject areas and levels. Personally I think that is invaluable experience and is why I am a proponent of peer review. But then I see teaching like excellent theater, an approach I think not shared by all that many.

But to return to the focus of this reflection, if teachers can’t develop a consensus, then they are either agreeing that anything goes, or that they will knuckle their forehead to some arbitrary authority (who may be a philosopher king, or a tantrumming tyro.) I am not a fan of Doors 2 and 3. 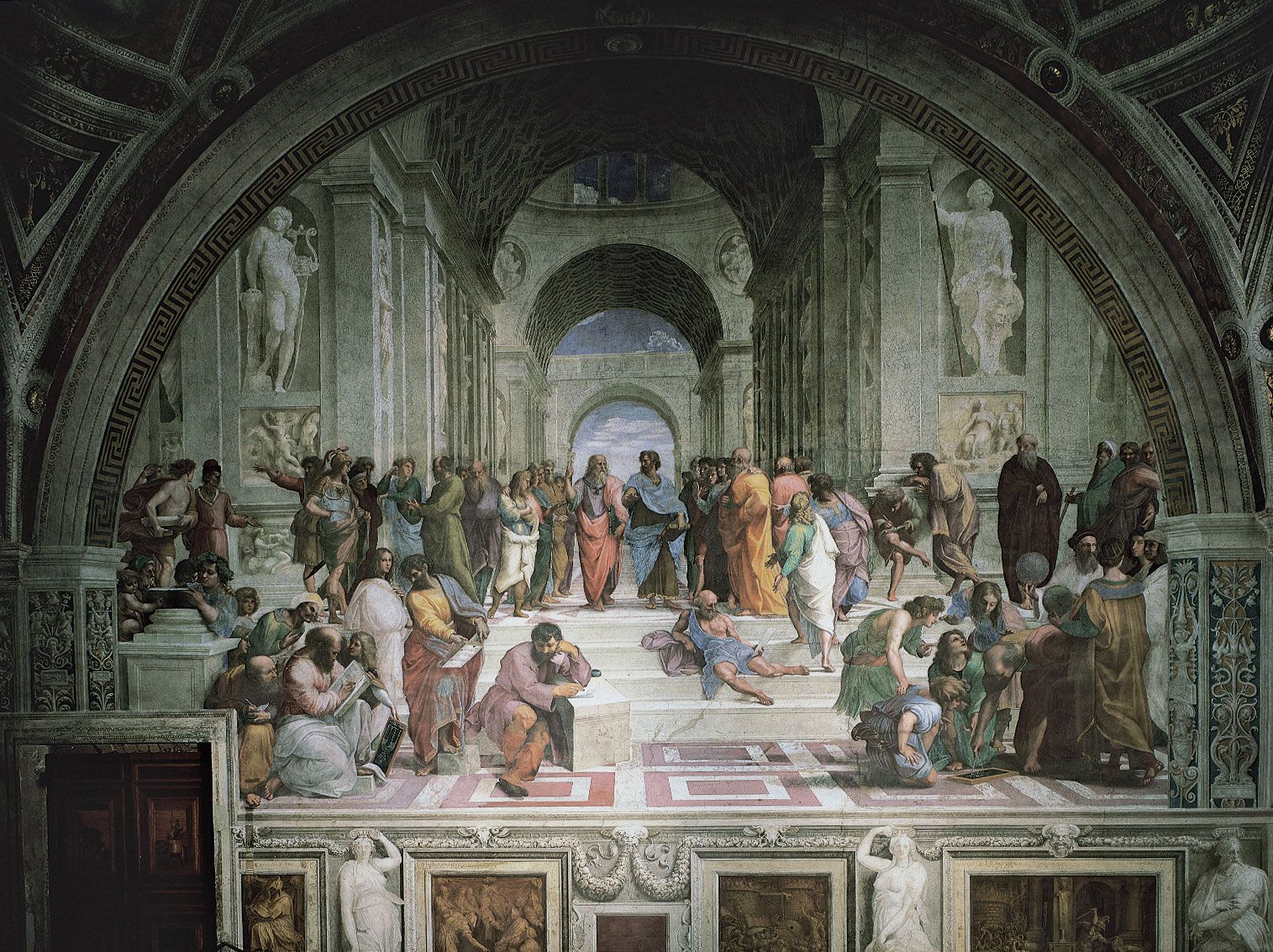